The (Gospel Song) you are about to listen to is highly inspired by the leading of the Holyspirit through his servant to bless you. We have seen the Future! I can see the whole world worshipping this JESUS!
The earth must be filled with the knowledge of the glory of the Lord as the waters cover the seas. This is my dream! A worship atmosphere of this magnitude and even more! The glory of the latter shall surpass the former. (Psalm 66:4) 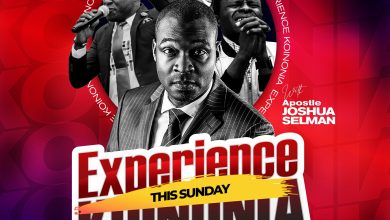