Paul Idoko Enenche is a Nigerian doctor and a minister. He is the founder and senior pastor of the Dunamis International Gospel Centre headquartered in Abuja, Nigeria.

Enenche was born in Otukpo, to the family of Chief D.E Eneche the paramount ruler of Orokam District in Ogbadigbo Local Government Area. He is the younger brother of General JohnEnenche Nigeria’s Defence Spokesman. He is a member of the Idoma ethnic group in Benue State, Nigeria. He went into full-time ministry after he had embarked on a personal retreat on the plateau hills in Jos. He put aside his medical certificate and went to Abuja to start a church in 1996.

Dunamis International Gospel Centre was established on November 10, 1996. The first Sunday service was held at the Abuja Centre for Arts and Culture Area 10. Church Services were held for two weeks before the church moved to the Abuja Sheraton Hotel and Towers, where services were held for six months. [The church moved to its present site – Area 1, Garki Abuja – in June 1997. The church holds six services every Sunday and two every Wednesday.
On September 14, 2014, the church broke ground for the construction of the Lord’s Garden, the Church’s International headquarters in Abuja. Bishop David Oyedepo arrived for the project’s foundation laying. The International Conference Centre and Glory Dome in the Lord’s Garden has a seating capacity for seventy-five thousand people.  The event was a gathering of several branch churches across the FCT, Abuja and environs who came to tap into the anointing that lays foundations for such an ultra-modern project.
Enenche established a Bible training programme known as the Dunamis School Of Ministry (DUSOM), to train leaders and future pastors. Enenche and his wife, Becky, are co-authors of the Seeds of Destiny, a daily devotional guide published monthly.
Enenche is the overseer of Destiny Academy and Destiny College owned by the church. He is also the overseer of Destiny Publications, run by the church. The church started its own satellite television station in Nigeria with the establishment of Dunamis TV/Radio. The primary purpose of television and radio broadcasts is to evangelize the world for Christ. Enenche’s messages feature prominently on the satellite station which has over three million viewers.
Nigeria’s former President, Goodluck Jonathan, during one of his visits to Dunamis International Gospel Centre, thanked Enenche for his support and prayers for the administration and the country.
Enenche’s ministry is also involved in providing social amenities in several parts of the country including: roads, electric power, classrooms and school facilities, water supply, and health facilities. 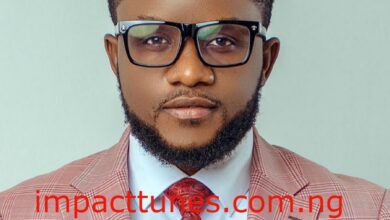