The (Gospel Song) you are about to listen to is highly inspired by the leading of the Holyspirit through his servant to bless you. We have seen the Future! I can see the whole world worshipping this JESUS!
The earth must be filled with the knowledge of the glory of the Lord as the waters cover the seas. This is my dream! A worship atmosphere of this magnitude and even more! The glory of the latter shall surpass the former. (Psalm 66:4)
Get More Of Bizzle Songs HERE

[Datin:] Bizzle, Bumps, Selah, Sevin, Datin
Boi -Datin on the beat and you already know what it is, it’s GOD over Money let’s go!
[Sevin:] They know
[Datin:] GOD over Money [Sevin:] Welcome to mi casa partner, lemme walk ya into the kitchen this sauce is proper like mwah!
Every chef on this roster serves authentic pasta, while these imposters give you a bowl of superstition
It’s GOD over Money honey, the New Edition
I make my peace by bathing beneath the crucifixion
While they Judas kissing, I’m trying to grow like a chi – chia pet so I’m beating my flesh into submission
They want a coupe description, I hit the Philistine strip in a guillotine whip, the roof is missing
We surpassing every facet of what you envision
So ain’t no fasting just passing in my true religion
So I make a student listen
HIS word penetrates deep then generate heat like nuclear fission
I aim straight for the lost, how can a shooter miss ’em?
Put a cap on the cross call me the super Christian [Datin:] Even if your booth was explode-proof, and you had the bomb squad with you or you wore the whole suit, it still would be no use
Cause on them pro-tools I’m known to react like Goku in dropping vocals, (Yes!)
GOM is the go-to for the whole TRUTH
A gang of bold dudes on the frontline and we won’t move
You would think Bizzle cut the locks, chains and bolts loose throughout the whole zoo and freed the apes and formed this whole crew (Yeah!)
It’s like you rappers stranded on the planet, of the apes
And you looking like bananas in pajamas
See when the crew vomits it’s Jumanji
Cause animals will jump out the game and flood your street like a tsunami
Stampeding like when the elephants rush, a small opponent first it’s gored then it’s propelled from it’s tusk
Then it’s stomped until it’s cerebellum swells and it busts
So tell satan him and all his devils in hell will get crushed [Bumps Inf:] Fix your gaze on the LORD above
And sure enough your eyes reveal the
GOD of righteousness with a light so bright it kills ya
Death to the flesh but still alive like Mike in thriller
But HE can free up a trapped soul like Bryson Tiller
Find a scripture, I am for realer, my mind is ‘iller
Than a Riker’s island asylum filled with violent killers
Peep the irony I used to hit the trees and now I abide in the VINE like I’m trying to climb and go find gorillas
Man no monkeying around
Like when Steve Harvey gave Ms. Columbia the crown, (Psych!)
Same thing that any self-proclaimed king
Kick that Liu Kang, flu game sicker than Gangrene
Look the GREAT KING so you know we got to spit fire
Cause my GOD’s outstanding like a hitch-hiker
Uh, Can’t brag on HIM enough, ask me
The flow nasty like Flint water in cups, easy [Selah the Corner:] It’s Grand Skeena, GOD’S 9 Millimeter
LIVING WATER by the river come and get a liter
And everybody talking about they living fast
But to GOD you’re peon
I measure y’all in Kilometres
I see they bluff, they saying nothing like they dead in mind, war and walk whatever Is-real like Palestine
But I ain’t tripping to be honest homey half the time
I’m just trying to keep Bumps calm like Calamine
They don’t wanna know about JEHOVA’s graces
Everybody got that works or that hammer go berserk in the building and they seen something coming
Steady leaving with they keys like Taraji up in Smoking Aces
And we ain’t ever sitting out, lifestyle over rap cause we live it out
And from the start I’ve been paying from the heart
Crazy how HE art like the word heart written out [Bizzle:] I keep a big mac for you small fries
And I mob with a pair of pumps for you tall guys
Off in the coffin, you gone for the long ride
Talking will get you tossed off and then hog-tied
See the minute I spit what the killers spit
The first thing you think is hypocrite
But when he pop niggas nine songs straight
And start spittin like me on the tenth you be feeling it
I say I’m a Christian you stop listening
Like why he always gotta bring his religion in
But every rapper you know mentions GOD
So it’s kinda odd you knocking the ones living it
They say you too vocal on tracks Biz
So they try to keep me under wraps like the ad-libs
And cats been sleeping on the flow
But this hot sixteen will put them back on they mattress
By faith I shine with no Diddy
I don’t move Yayo for the Buck I’m no Fifty
I don’t need henchmen for the LORD
I’m no Jimmy, and I signed up Ready To Die it’s no Biggie
Yes I rep YESHUA, the CHRIST best not test unless that pen shoot when it write (Blaow!)
You in a fight, you finna lose in a fight, break all rules and apply to rap like you, you finna die
Mr. Hashtag rapper, Mike Brown, Trayvon
Only time you promote peace is when they die
It lasts about a week then it’s back to the straps
‘Cause your contract came with a stack and some KY
Poisonous raps like crack in a pot
Major labels like “here serve that to your block”
So I don’t wanna hear how you let techs squeeze
Let them cut a check and you be in a dress next week
Bizzle
Tags
Bizzle
August 16, 2022
0
Facebook Twitter LinkedIn Tumblr Pinterest Reddit VKontakte Share via Email Print 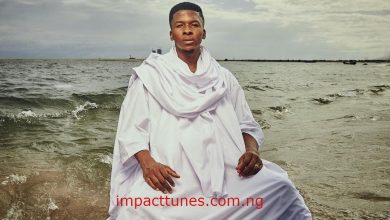 Pastor Emmanuel Iren – Yes To Your Will MP3 DOWNLOAD & Lyrics